Regular fossil hunting walks to show you what, where and how

Displays of local fossils and help with identification

Fossil shops for gifts for relatives 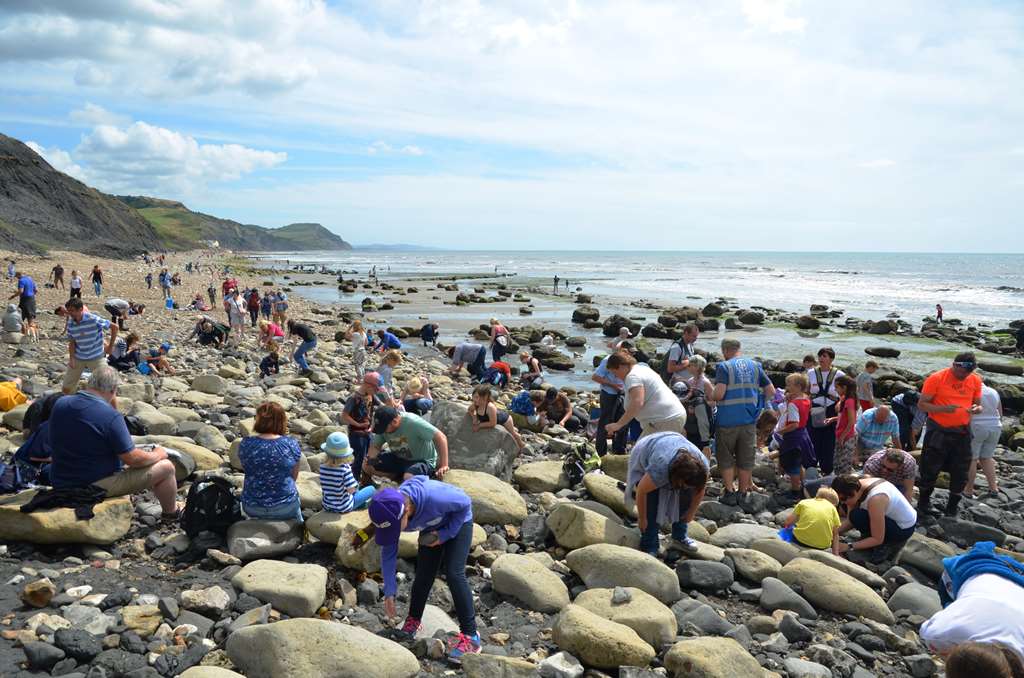 Britain’s premier fossil beach.  The coast and the cliffs around Charmouth and Lyme Regis are famous for their fossils across the world.

The Charmouth and Lyme Regis fossils can be found washed out of the cliffs loose on the beach in the gravel and shingle. The best place to look for fossils is in the loose material on the Beach and NOT in the cliffs.

If you are planning to visit Charmouth to find fossils the best starting place is a visit to the Charmouth Heritage Coast Centre. Entry is FREE and the wardens will  give you advice on where to look, what you might find and how to look after any fossils you do find. They also run guided fossil hunting walks throughout the year. 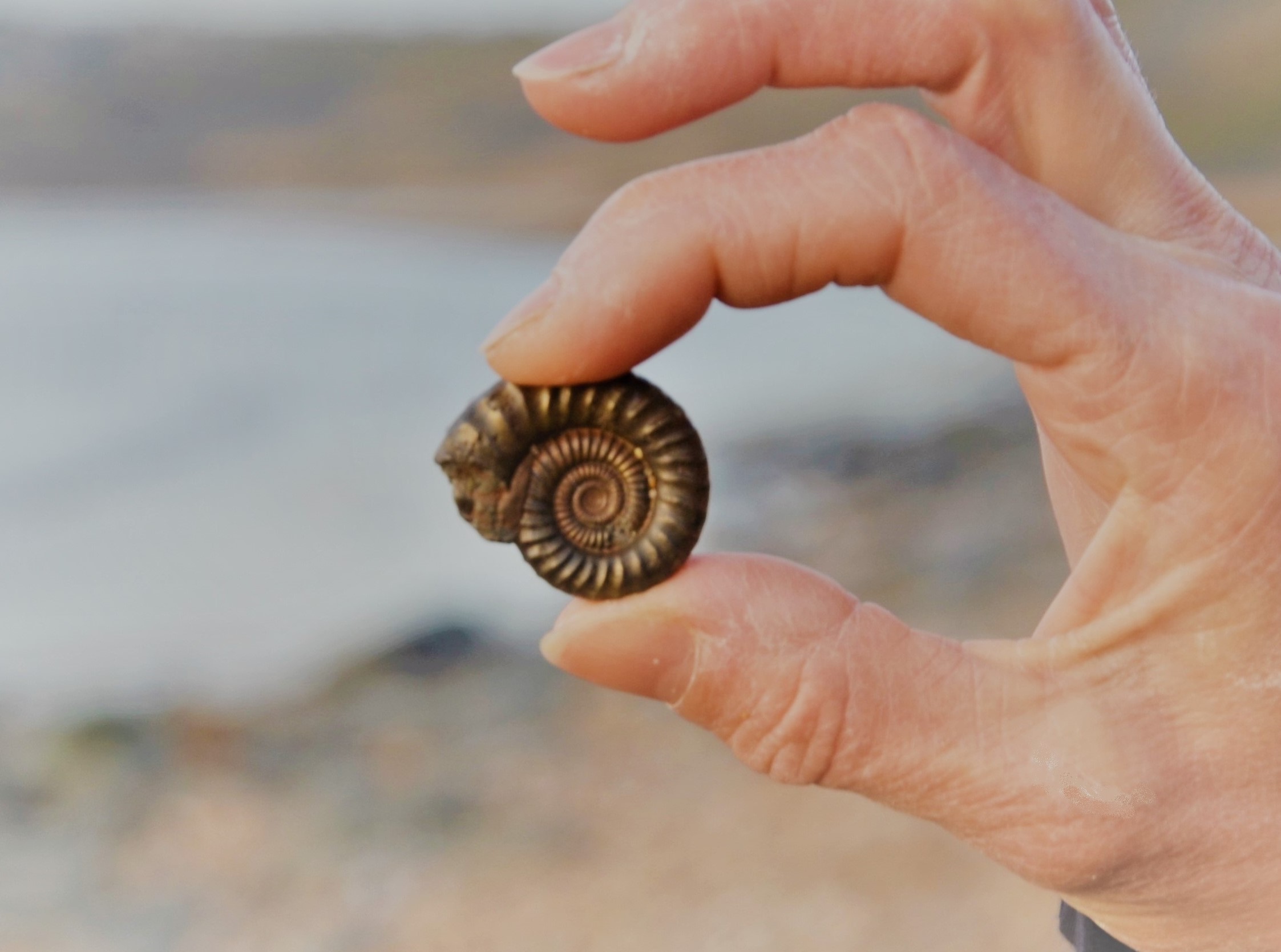 An ammonite – a typical Charmouth fossil

Lyme Regis fossils were made famous through the work of Mary Anning in the early 19th century. Mary Anning used to collect fossils and shells from the beach between Lyme Regis and Charmouth (she is the subject of the tongue twister “She sells sea shells…”) and discovered the first identified Ichthyosaur skeleton, as well as plesiosaur and pterosaur skeletons. Regretfully much of Mary’s work was only fully recognised after her death.

The Charmouth fossils, and also Lyme Regis fossils, can be found in museums and professional collections throughout the world. But the best fossils of all are the ones you find yourself!

The most common Jurassic Coast fossils in this area are Ammonites and Belemnites. They are both extinct types of Mollusc, a diverse group of animals to which current day mussels, clams, snails, slugs, cuttlefish and octopus belong.

Ammonites, as shown above, had spiral shells which fossilised to form the fossils we find today. However, when alive they had fleshy heads and ‘squid like’ tentacles.

Belemnites were closer in appearance to the modern day squid, with the rear part most commonly found as ‘bullet shaped’ fossils – known as the ‘Guard’.

With perseverance (and often a little luck) you may also find parts of fossil bone from marine reptiles, most often sections of vertebrae. There are also sea urchins, fossilised fish, and fossilised relatives of sea snails, oysters and clams.

Other Jurassic Coast fossils that can be found include occasional partial or complete skeletons of marine reptiles such as Ichthyosaurus and Plesiosaurus, especially in winter after storms. The local motto is ‘the worse the weather, the better the fossil hunting’!

Please note that it is forbidden to hammer the cliffs as our coastline is part of The Jurassic Coast World Heritage Site. It is also extremely dangerous to climb or attempt to walk on the cliffs or mud flows.

For more information about Charmouth fossils and fossil hunting please visit the Charmouth Heritage Coast Centre. To find out about the beach and its amenities see the Charmouth beach page.

Guide to safe fossil hunting at Charmouth and Lyme Regis