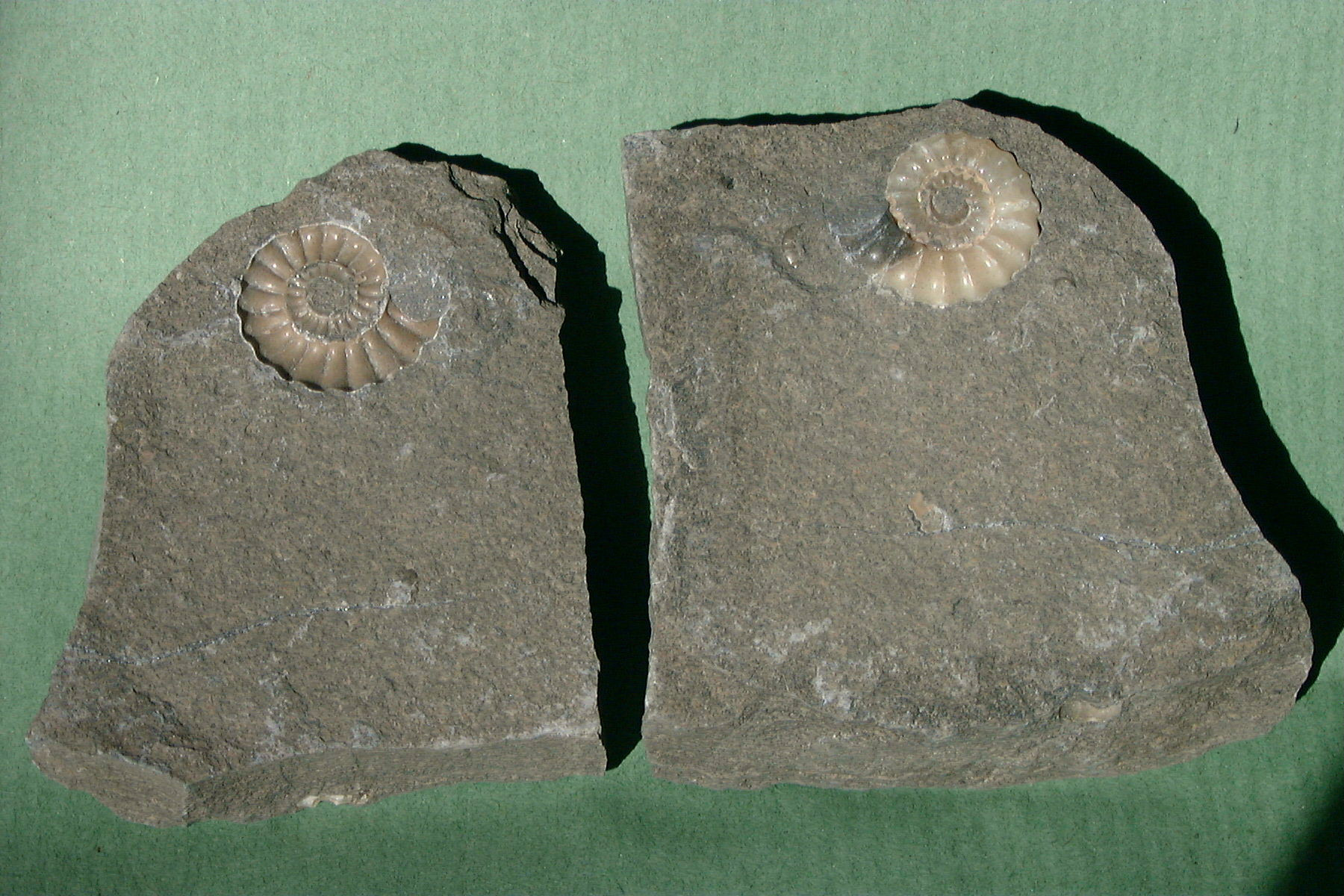 This calcite ammonite (Promicroceras sp.) has been found by splitting one of the layers of hard limestone rocks with a geological hammer. You should always wear goggles when hitting rocks and ask at the Heritage Centre for advice on how to find them.