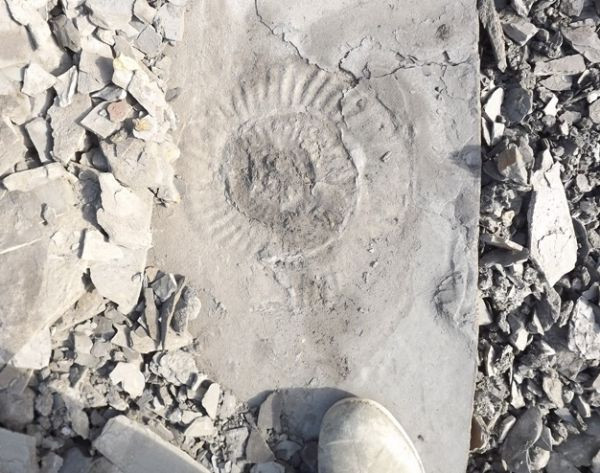 This large ammonite has been crushed flat because it is preserved in a mudstone. The mud has not protected the shell and it has dissolved away. These fragile fossils only crumble away and are not worth collecting.