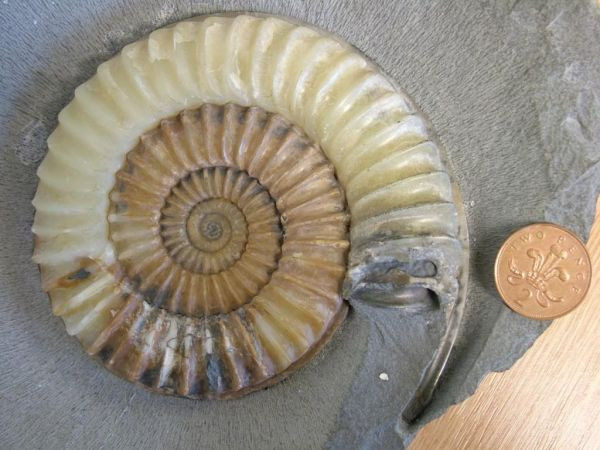 This stunning Arnioceras ammonite has a strange process at the end of the opening of its shell. This is called a lappet and can tell us that this is an adult specimen. Many species of ammonites show differences at this part of the shell and experts think the differences mean they are male or female. This ammonite was found by David Sole and prepared by Andy Cowap. It is now on display at Lyme Regis Museum.