Belemnites were carnivorous and free swimming squid-like creatures with a long bullet shaped body and a hard internal skeleton called a guard. The guard was positioned towards the tail end of the creature and acted as a counterbalance for the head and arms. This part of the belemnite is what we commonly find on the beach as a fossil. These are some of the most common fossils that we find on the beaches around Charmouth. 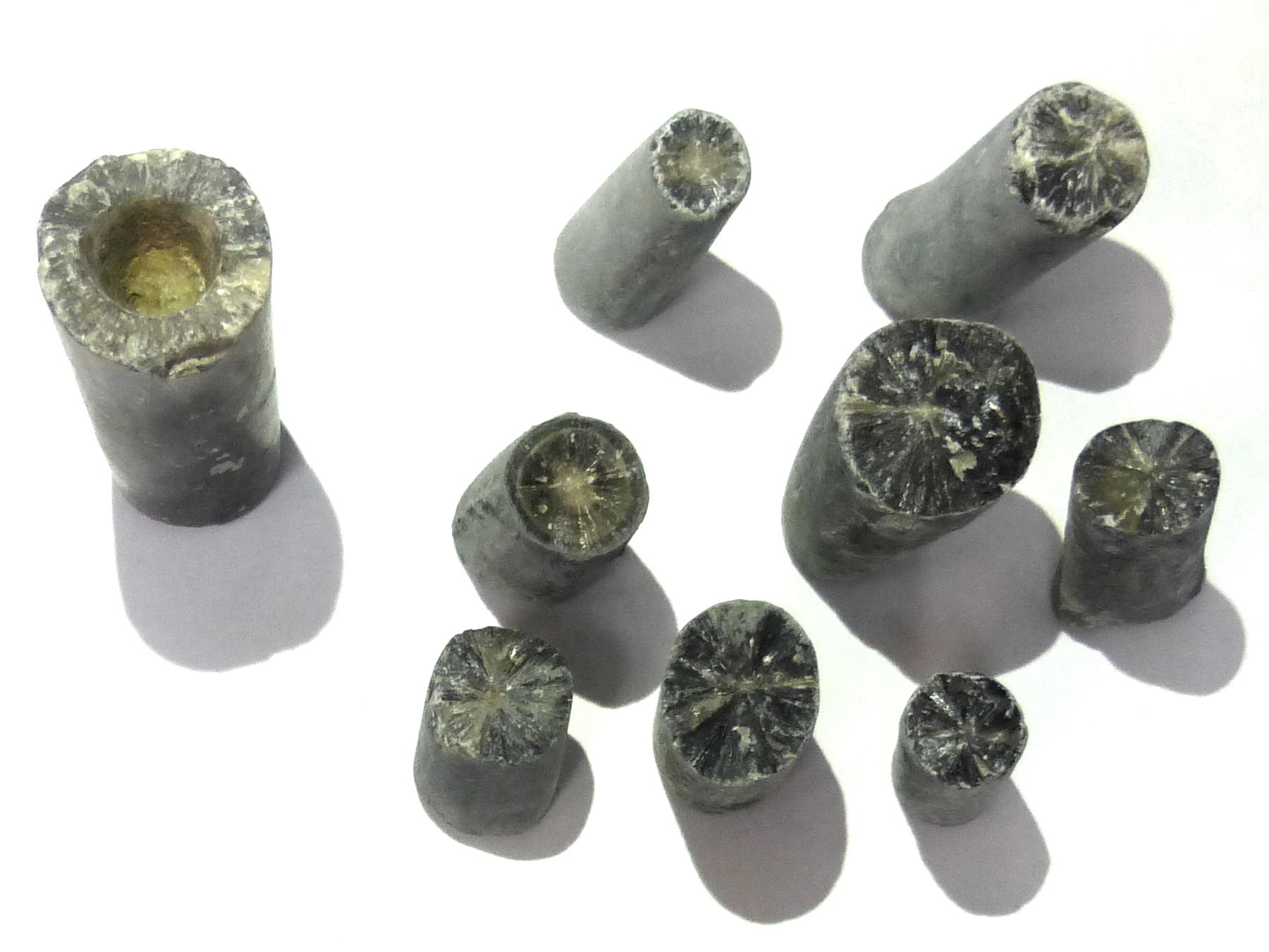 This is how belemnites look when broken. Their internal shells are made of a crystal called calcite. In these fossils, the crystal always radiates out from a central point.