Fossil poo, or coprolite, can be found here on Charmouth beach. They are often a mottled brown or grey colour and come from a number of different creatures that were swimming around in the Jurassic seas. These included ichthyosaurs, plesiosaurs, fish, sharks and rays.

In the 19th Century, William Buckland began to study coprolites. He was particularly interested in working out what creature each coprolite came from. To do this he filled the intestines of dead sharks with plaster and looked at similarities and differences between the casts created and fossil coprolites. Time consuming experiments like these are no longer necessary due to new technology. These days we can use CAT scanners to create 3D models of creatures, both fossil and living. 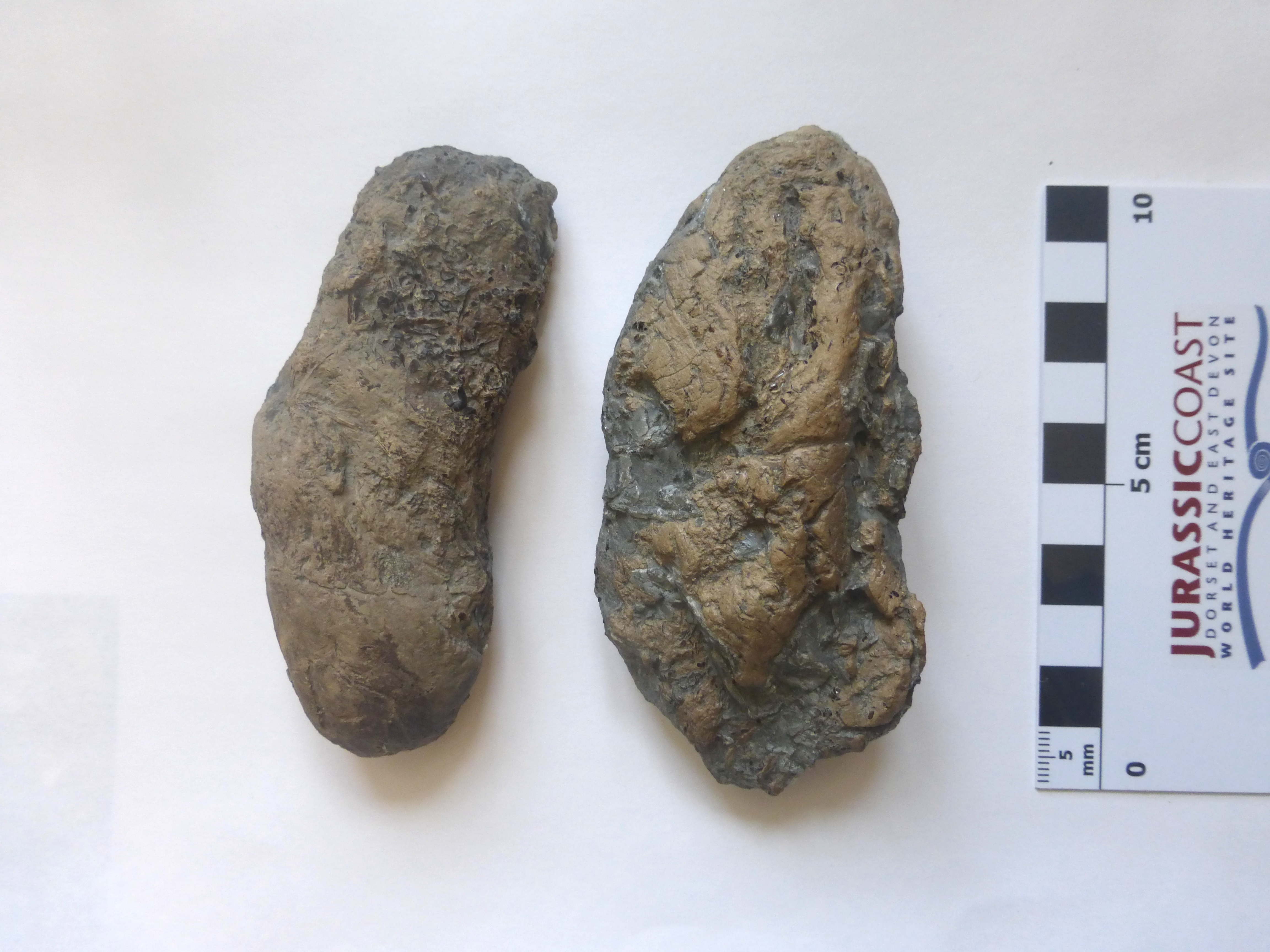 This coprolite is from a marine reptile such as an ichthyosaur or plesiosaur. We can tell what creatures were eating by looking at their poo – often there are remains of fish scales, belemnite hooks and squid hooks. Some of these coprolites even contain bones from smaller marine reptiles!