< Back to the Local Fossils album
Pronounced – Krin-oid
Meaning of name – From the Greek krinoeides (meaning ‘like a lily’)
Group – Echinoderm
Age – Lower Jurassic, around 195 million years old

Crinoids or ‘sea lilies’ were not plants as their name suggests, but animals related to starfish and sea urchins. They have lived in our oceans for millions of years and can still be found today. They lived attached to the sea bed or to the underside of driftwood. The body consists of a long stem or stalk with the mouth, organs and five branching arms at the top. The arms are covered with small, sticky tube feet that the animal uses to catch tiny plants and animals (plankton) that drift along in the sea. 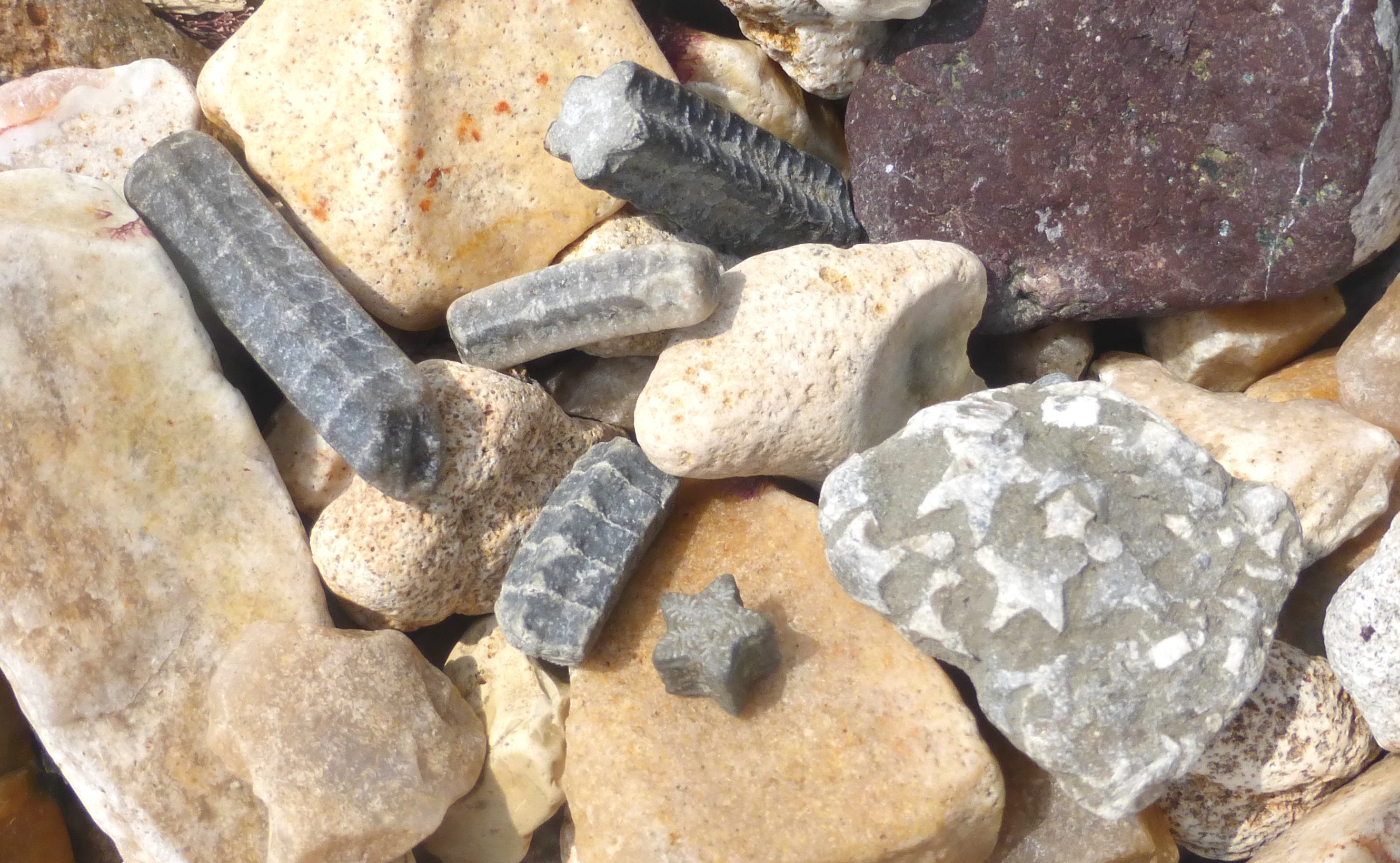 The stems are star-shaped in cross section which tells us that they are related to starfish. Crinoids stems were like a stack of star-shaped polos, with the soft tissue and nerves running up the middle of the stem. Look for crinoid in amongst the shingle, either as loose stems or as grey blocks with white stars on them!