< Back to the Local Fossils album
Age – Lower Jurassic, around 195 million years old

Charmouth is one of the best places in the world for Lower Jurassic fish. Fish are rare fossils and can be very difficult to clean and prepare. Around 50 fossil fish species are known from the local area, including some early teleost fish (a group which includes over 23,000 living species). 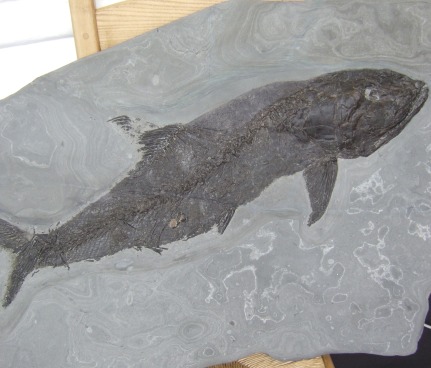 This large and extremely well preserved fish was found by Keith Hackett and Mary Coates on 21st March 2007. This is one of the largest and most complete specimens to have been discovered in England.