< Back to the Seashore Life album
Latin name – Pagarus bernhardus
Size – Shell up to 3.5cm long
Habitat – All over the shore and deep water

Unlike other crabs, the hermit crab doesn’t have a hard shell to protect itself. Instead it uses an empty sea snail shell, such as a winkle or whelk shell, as a home. Its two back legs have adapted into hooks so that it can anchor itself within the shell. As the crab grows it finds a bigger shell to move into. 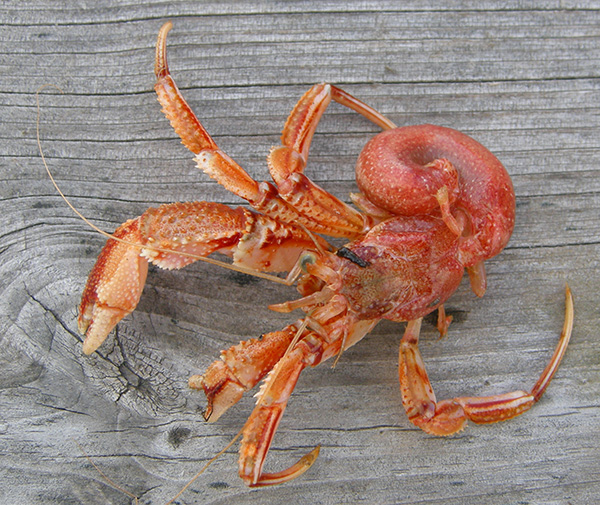 Hermit crabs have a soft body which is very vulnerable to predators, so they use an empty shell to live in for protection. Photo by Arnstein Rønning.