Charmouth is one of the best sites in the world for Lower Jurassic fossil insects. These creatures would have lived on the lush tropical islands that were surrounded by the Jurassic sea. The remains of dragonflies, beetles, stick-insects, cockroaches and even butterflies have been found at Charmouth. They are rare and delicate fossils and if you are lucky enough to find one, you should bring it into the Centre so we can record it for the Fossil Collecting Code. 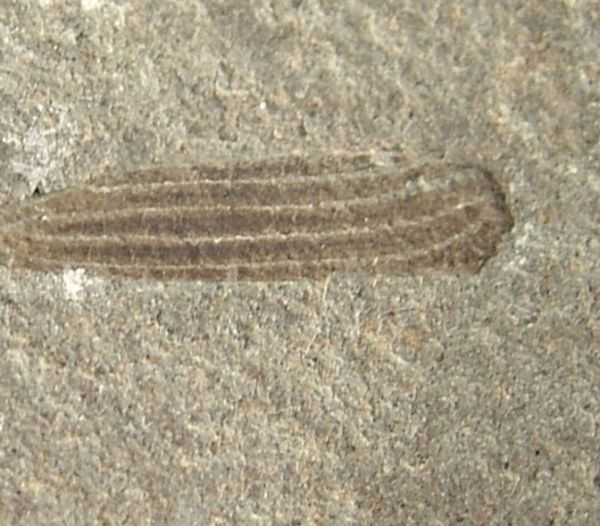 This is a single wing case (elytron) of a Jurassic beetle. Although insect fossils are very rare here at Charmouth, these stripped wing cases are the most common remains. Found by Phil Davidson.