There are millions of rocks on the beaches around Charmouth and Lyme Regis. Inevitably, many of these have the appearance of a fossilised animal or plant. It can be easy to imagine how certain rocks and markings may look like dinosaur teeth, turtle shell, or plant leaves.

Many amazing things can be found along the Jurassic Coast, and knowing how to avoid some common pitfalls when mistaking rocks as fossils is very useful when fossil hunting out on the beach. Up until 200 years ago the fossils at Charmouth had been collected as curiosity objects, or curios. Belemnites (shells of squid-like creatures) were thought to be stone thunderbolts, and Ammonites (coiled shelly animals) were called “Snake-stones”. Understanding the true origins behind these fossils and rocks allows us to appreciate them more for what they are.

Could these be turtle shells and cracked dinosaur eggs? 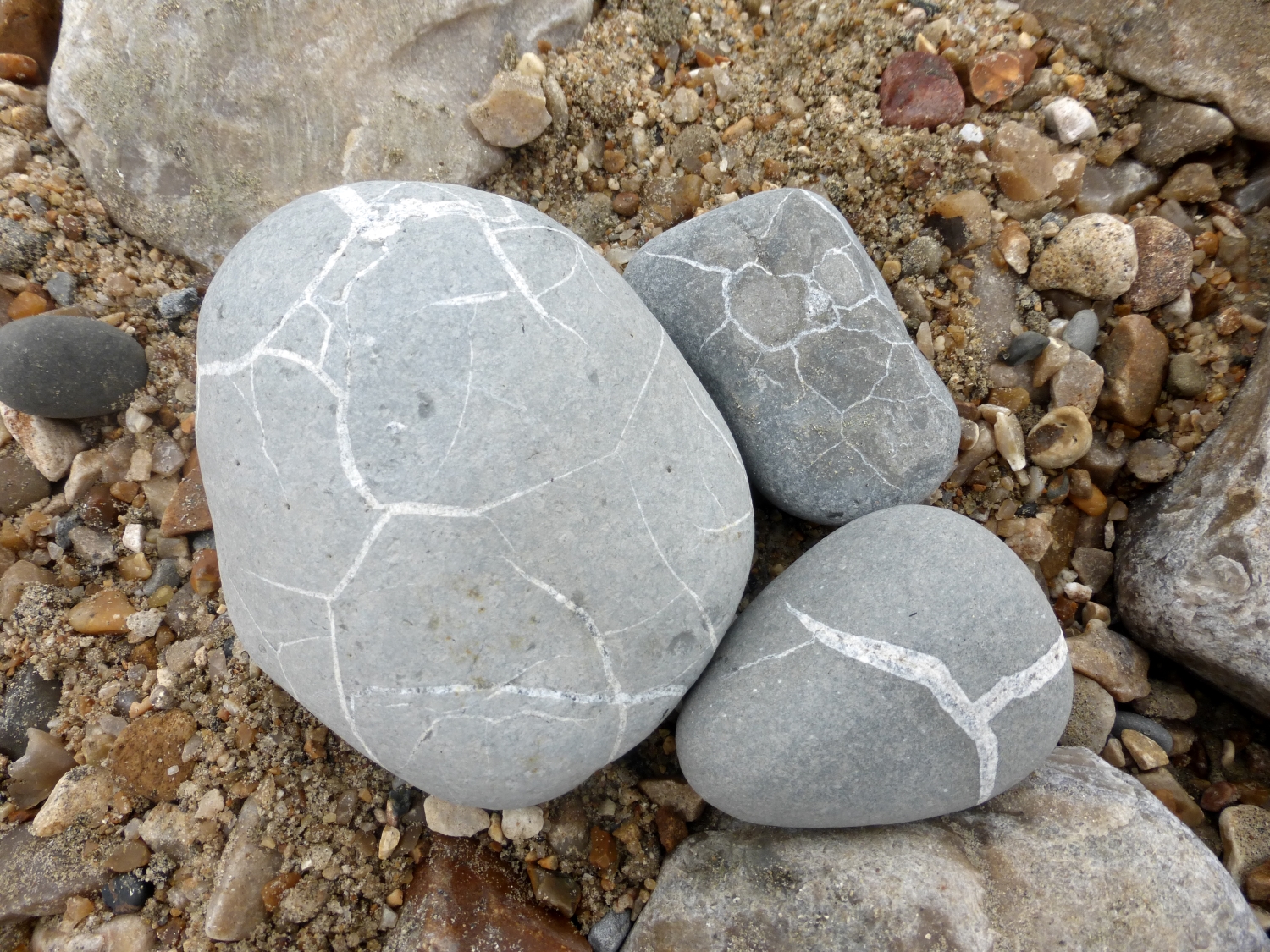 Sometimes when collecting you might find grey rocks with hexagonal patterns of a white crystal (calcite) on the surface. These rocks have an interesting appearance and can sometimes resemble the plates on a turtle shell, or cracked eggs.

People used to call these stones “Dragon stones”, and once polished they were worn as talismans, thought to bring courage to the wearer. We now call them Septarian stones (derived from “Septum”, or a partition), and think that they formed as the hardening sediment shrank under great pressure during burial.