There are millions of rocks on the beaches around Charmouth and Lyme Regis. Inevitably, many of these have the appearance of a fossilised animal or plant. It can be easy to imagine how certain rocks and markings may look like dinosaur teeth, turtle shell, or plant leaves.

Many amazing things can be found along the Jurassic Coast, and knowing how to avoid some common pitfalls when mistaking rocks as fossils is very useful when fossil hunting out on the beach. Up until 200 years ago the fossils at Charmouth had been collected as curiosity objects, or curios. Belemnites (shells of squid-like creatures) were thought to be stone thunderbolts, and Ammonites (coiled shelly animals) were called “Snake-stones”. Understanding the true origins behind these fossils and rocks allows us to appreciate them more for what they are.

Could these be horns and bones? 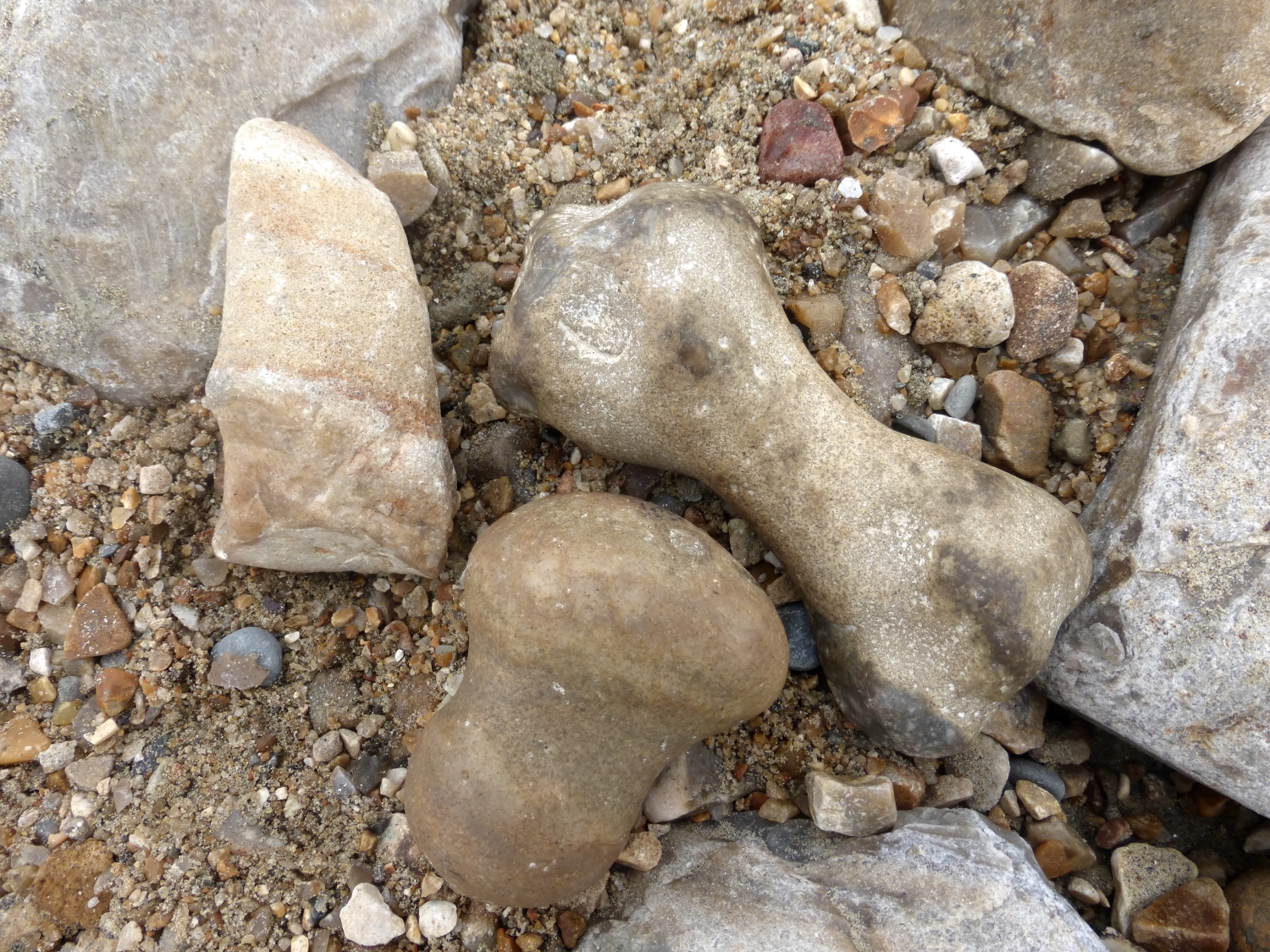 Flint is a common type of rock we can find on our beaches at Charmouth. These rocks may be hollow, knobbly, branched, or spiked. They are often mistaken for bones, horns, and shells. These are usually the casts of burrows made by various crustaceans. These crustaceans would have been living in the sea floor around 80 Million years ago.