The goby can look quite similar to the blenny. The easiest way to tell them apart is the fin along their back (dorsal fin). The goby has two distinct fins, whereas the blenny has one. The fins on the underside of the goby are fused together to form a sucker that holds onto rock and stops it from being washed away by the waves. 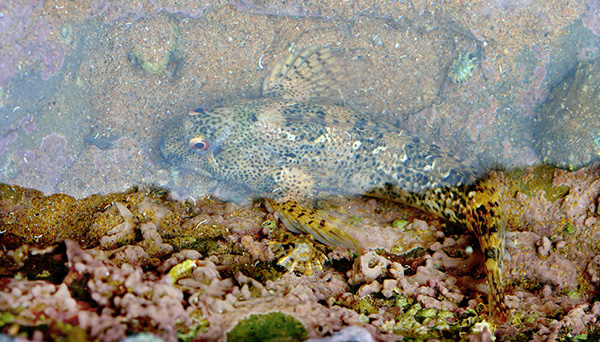 Rock gobies can be dark brown or lighter brown with darker patches on them and can be found across British coasts. Photo by furball2011, flickr.