Usually only the hard parts of creatures’ bodies are fossilised, such as bones and shells. We call these “Body fossils”. The other type of fossils we find are called “Trace fossils”, which preserve signs or traces of the organism that created them. Trace fossils include tracks, trails, burrows, and fossil poo.

Trace fossils are important to geologists who study past environments because body fossils alone cannot provide a complete picture of what the conditions were like back then. For example, fossil poo, or coprolite, tells us about the diets of creatures as it contains fragments of prey. Different types of burrows tell us what animals lived in the sea floor and whether it was oxygenated or stagnant. Most animal or plant remains rot away soon after death, which is why the most common fossils are skeletal and shelly remains. Trace fossils can provide a window into the past even when most direct evidence from body fossils has long since been lost. 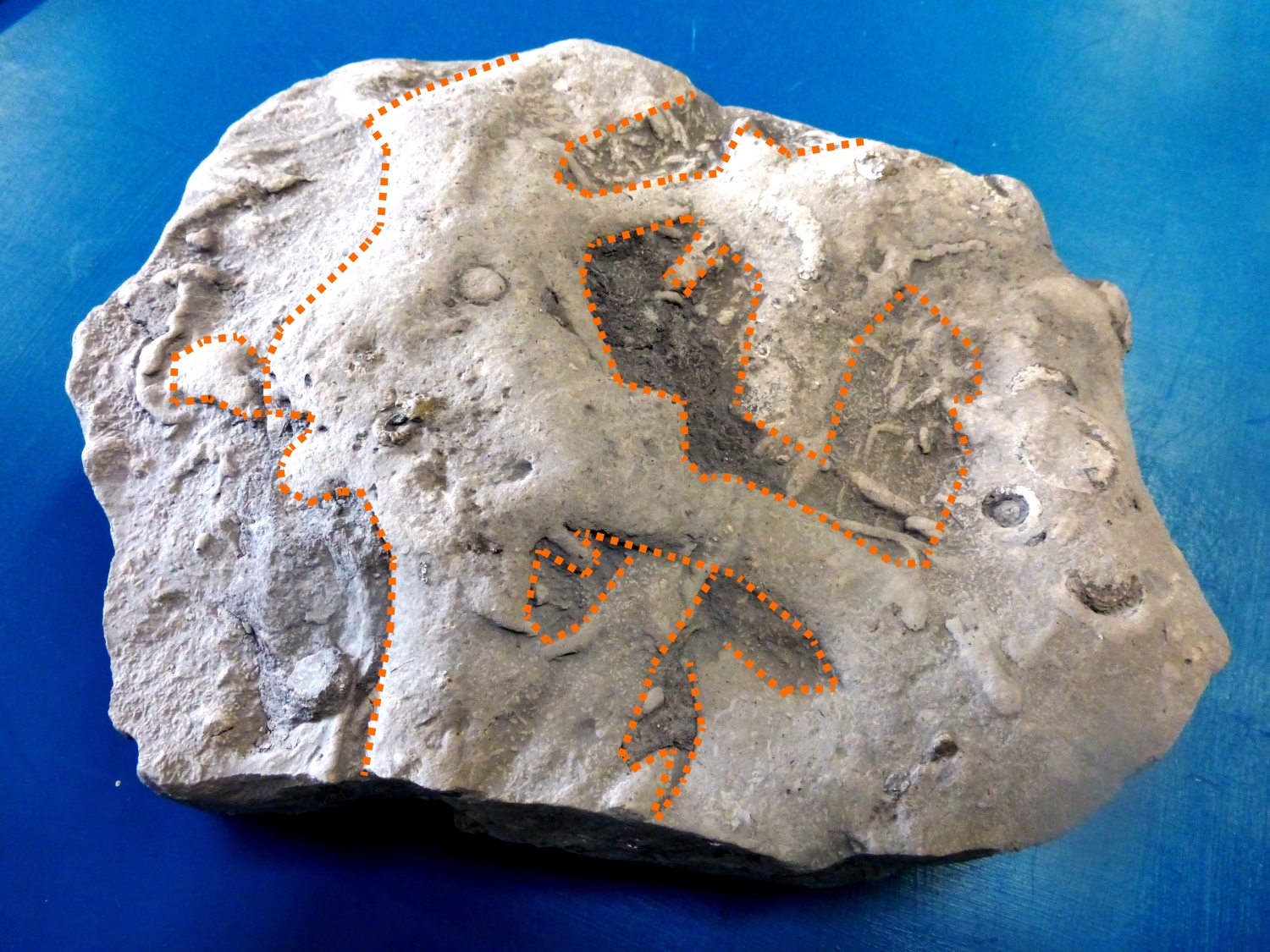 The light grey marks on this rock are some of the largest fossilised burrows that we find here at Charmouth, and were created by crustaceans such as crabs or lobsters. These crustaceans would have made wide, branching burrows in which to live and feed. Look for them in big grey limestone slabs. The burrows are always a different shade of grey (either lighter or darker) than the rock that they are in.