Though Charmouth is famed for its sea dragons and sea shells, we also find many other types of fossils here, including the remains of worms.

Go snorkelling around our rocky shores, and you might see tube-like shells on the outside of rocks. These are animals called tube-worms and are a highly successful and widespread group of creatures, which sometimes build a calcareous shell around their body to provide support and keep themselves safe. The soft-bodied parts of creatures, such as these worms, did not usually survive the processes of fossilisation as they were lost long ago through consumption or decomposition. However, the hard parts of animals, such as their skeletons or, in this case, their shells, were far more likely to be preserved as fossils.

Palaeontologists can compare fossils to modern-day living organisms to reconstruct ancient environments or trace the evolution of life. Typically, we find tube worms living around coral reefs, rocky shores, and ocean banks. Knowing this, we can hypothesise that the Cretaceous fossil worms we find on the beach were originally alive in similar places. Through this, alongside analysis of the rocks and other fossils, we can begin piecing together a picture of what life was like 100 million years ago.

For more wacky worms, have a look at another common type of fossil we can find on our beach. 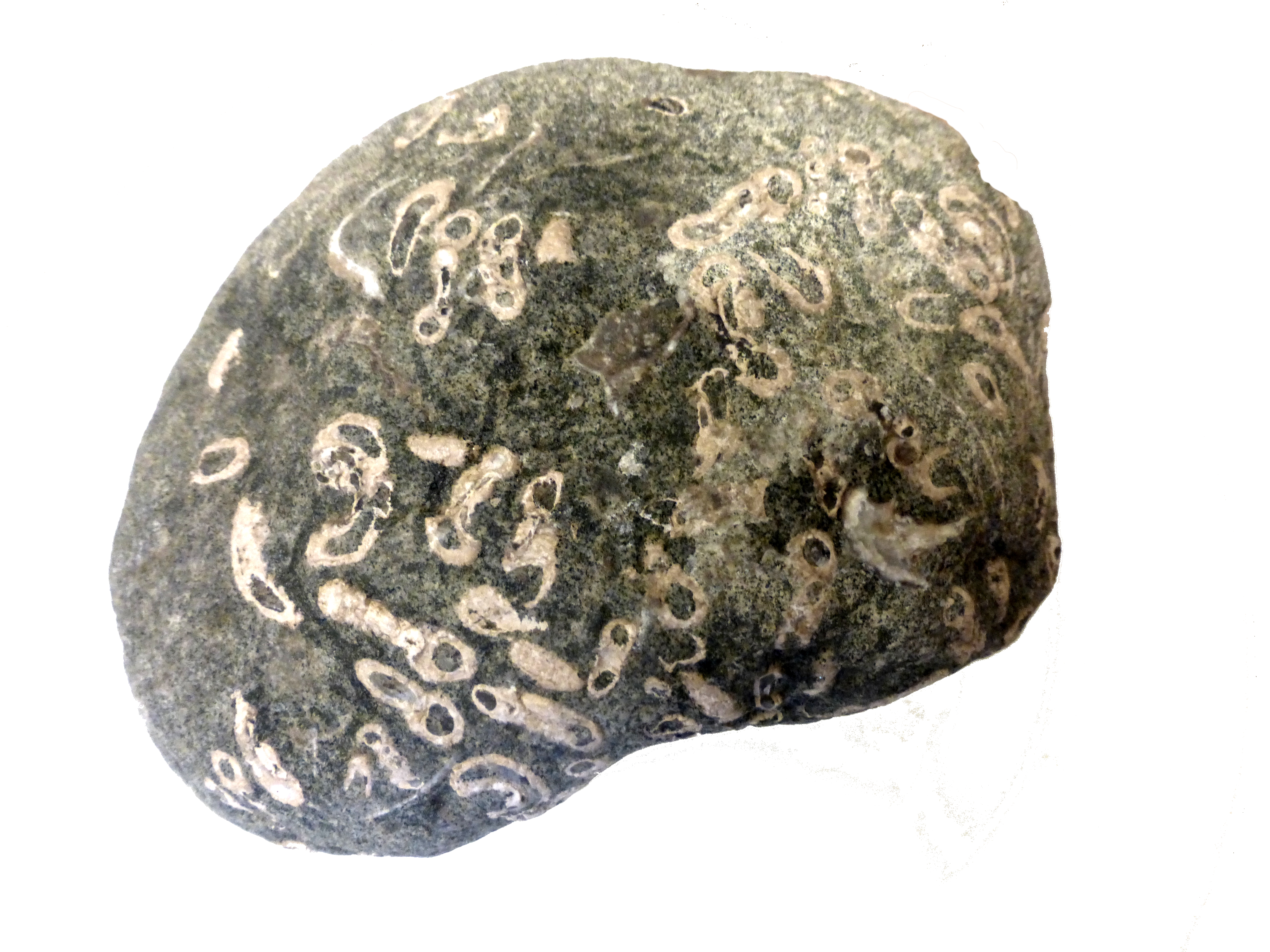 These tubes were created by an animal comparable to the modern keel worm. Like its living counterpart, the soft bodied Cretaceous worm (Rotularia concava) built a hard, coiled shell to protect itself from predators and grazing animals, such as sea urchins. These coiled shapes are often mistaken for ammonites or sea-snails. Look for small sandy pebbles, light green in colour, with white or pale pink coiled tubes on them. These are easiest to spot on a rainy day, when the contrast between the wet rock and the tubes is greater.